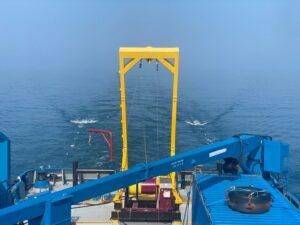 The offshore geophysical survey will be conducted over a 3.5-month period, beginning on 26 March and ending on 15 July 2022.

Marine surveyor GeoXYZ will deploy its vessel Geo Ocean III which will be towing a cable up to approximately 75 metres behind at depths of up to three metres below sea level.

TotalEnergies and Corio Generation’s 1.5GW project proposal was selected by the Crown Estate as part of the UK’s Round 4 offshore wind leasing process.

Outer Dowsing Offshore Wind will be one of the UK’s largest offshore wind farms upon completion. It is anticipated it will generate renewable electricity equivalent to the annual electricity consumption of over 1.6 million households and will play a critical role in achieving the UK Government’s ambition to deliver 50GW of offshore wind by 2030.